Rather than wait for disaster to strike, the Mobility Authority sought a robust wrong-way alert system with thermal imaging for a new road. What the agency didn’t anticipate was just how dangerously common wrong-way driving was — or the new system’s headline-grabbing success.

Established in 2003, the Mobility Authority is an independent government agency that aims to improve the transportation systems – particularly toll roads and express lanes – in Travis and Williamson counties in south-central Texas, home to about 1.8 million people.

For about 1,500 people in the U.S. each year, the last thing they ever see is a pair of headlights barreling the wrong way down the road straight toward them, according to the National Highway Traffic Safety Administration (NHTSA).

As a government agency tasked with maximizing transportation safety and efficiency in two counties, the Central Texas Regional Mobility Authority was well aware of the issue. Rather than wait for disaster to strike on 45SW, a new three-mile stretch of toll road in its jurisdiction in southwest Austin, the Mobility Authority decided to proactively tackle the issue.

“Wrong-way accidents are usually very devastating in terms of their loss of life,” says Greg Mack, Assistant Director of IT & Toll Systems for the Mobility Authority. “Instead of waiting for an accident to spur us into action, we wanted to get ahead of it and be a leader in our industry.”

With only a few entry points, 45SW was the perfect candidate for piloting new wrong-way alert technology and determining if it could apply to other roadways. The agency did its due diligence, evaluating available technology and following similar deployments across the country with various providers.

First and foremost, the Mobility Authority’s goal was to keep false positives low, ensuring time and resources weren’t wasted on wrong-way drivers the system detected, but who didn’t actually exist. To achieve this, the agency zeroed in on thermal imaging detection due to its directional precision and accuracy.

This led the Mobility Authority to the TAPCO Wrong-Way Alert System – proven by the Texas Transportation Institute to effectively reduce wrong-way events – with best-in-class FLIR thermal imaging detection, which no other provider could offer.

"We felt thermal imaging was the best way to reduce false positives.”

Greg Mack,
Assistant Director of IT & Toll Systems for the Mobility Authority 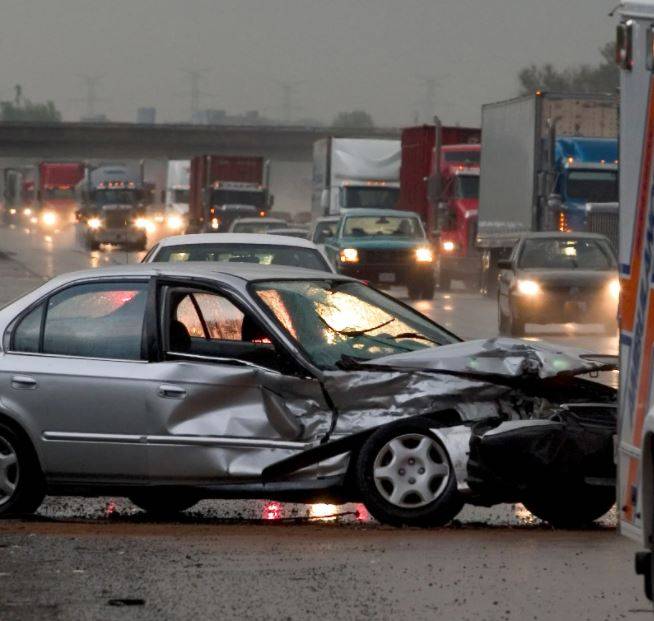 TAPCO’s partnership with FLIR enables a variety of TAPCO Intelligent Warning Systems to leverage advanced thermal imaging, including the Wrong-Way Alert System. Even with complex roadway geometries, FLIR’s technology is proven reliable in all light and weather conditions – including fog, rain and snow – in up to six lanes of traffic.

“A big determining factor for why we chose TAPCO was having the confirming technology of FLIR,” Mack says. “We felt thermal imaging was the best way to reduce false positives, and it works well with the rest of the wrong-way system.”

The Right Way to Handle Wrong-Ways
Because the majority of wrong-way drivers are alcohol-impaired, according to the National Transportation Safety Board (NTSB), TAPCO’s two-zone Wrong-Way Alert System is specially designed to command their attention and provide a chance to self-correct.

The first zone is the sign activation zone in which FLIR thermal sensors first detect a wrong-way vehicle. This activates one of three types of alerts located in the second zone, the wrong-way alert zone. The alerts can be: 1) red, rectangular, flashing beacons (RFBs), 2) LED-enhanced signs (LegendViz™ Traffic Signs, BlinkerSigns or LegendViz™ BlinkerSigns) or 3) red, round, flashing beacons (BlinkerBeacons).

If drivers don't self-correct, a secondary FLIR thermal sensor detects them and triggers a high-definition, full-color camera. This comprehensive system ensures wrong-way drivers are carefully detected and recorded, allowing the Mobility Authority and law enforcement to take action. This is where traffic device-monitoring software comes in.

BlinkLink® also allows the Mobility Authority to monitor the status of the wrong-way system, and it can even integrate with other traffic management systems through fiber optic and application program interface (API) connections.

“We found [BlinkLink®] to be excellent in terms of its design and functionality,” Mack adds. “It’s very easy to use and extremely robust in terms of its offerings with the mapping and alerts and images. It’s a complete turnkey system.”

The Mobility Authority was aware of the current and future benefits offered by connected vehicle technology, which the automotive industry is incorporating into its new cars as soon as 2023. In fact, TAPCO’s CVI solution was another key reason the agency chose TAPCO, according to Mack.

“Connected vehicles are going to be the stop-gap between now and all-autonomous vehicles,” Mack says. “You can read about this stuff and go to conferences and educate yourself, but sometimes you have to do an installation and actually see this technology demonstrated in the real world.”

As part of the pilot program, the Mobility Authority decided to implement TAPCO’s CVI solution at one 45SW entry point by installing a roadside unit there.

Launching the Pilot Program’s Technologies
When installation day arrived, multiple TAPCO experts were on-site to assist. The equipment had been assembled at TAPCO’s Wisconsin headquarters and shipped to Texas for an electrical contractor to install. Then, TAPCO experts helped with the final integration piece.

“That was an easy handoff,” Mack explains. “We didn’t get surprised with anything on the installation. We adjusted to site conditions and added some additional equipment to enhance the movements we were picking up on some of the locations. I can’t say enough about the installation and the professionalism that was delivered.”

The newly installed Wrong-Way Alert System is located at four 45SW entry points and uses AC power, which the Mobility Authority chose because the ground was still open at the new roadway, with power and communication in close proximity.

The newly installed Wrong-Way Alert System is located at four 45SW entry points and uses AC power, which the Mobility Authority chose because the ground was still open at the new roadway, with power and communication in close proximity. 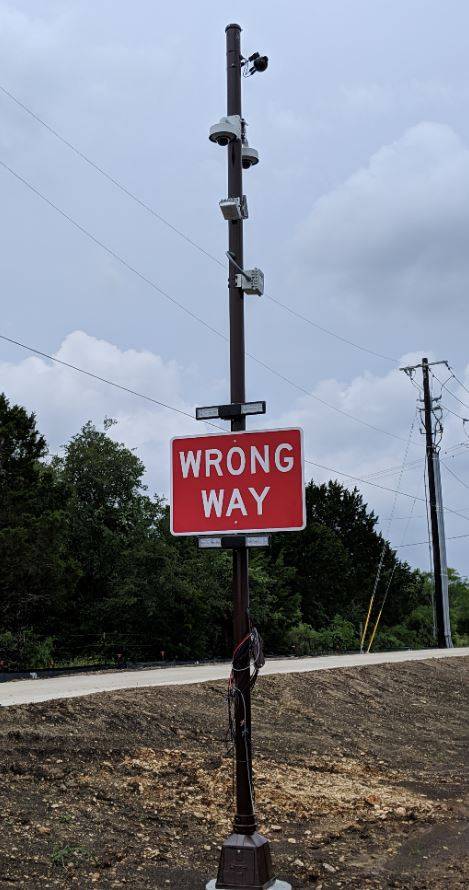 The majority of wrong-way drivers are alcohol-impaired, according to
the National Transportation Safety Board (NTSB). 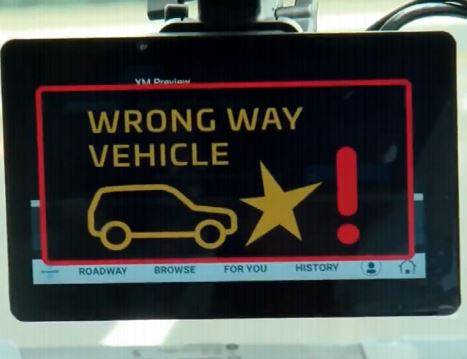 Nine months after the installation, false positives have remained low and the system has detected 14 wrong-way drivers. Crucially, the drivers have had a 100% correction rate, meaning they all passed through the alert activation zone and self-corrected.

“We were surprised at the amount of alerts we’ve had,” Mack says. “I think it goes back to this: if you don’t think you have a wrong-way problem, it’s because you don’t have the detection equipment counting it. Fortunately, we’ve seen a very low number of false positives, and we feel the system is working, which is good for everyone on the road.”

To get the word out about the technologies and their benefits, the Mobility Authority conducted a demonstration for the press with the help of TAPCO.

“Subsequently, we’ve seen follow-up questions and reports and interviews we’ve given to the press,” Mack says. “Other agencies have asked about our experience with installing the system. Very quickly we became a go-to resource for others. A lot of agencies are following this technology.”

Mack adds that he appreciated the solutions’ competitive pricing and would recommend TAPCO’s technology to other agencies.

"Other agencies have
asked about our experience with installing the system.
Very quickly we became a go-to resource for others.

Greg Mack,
Assistant Director of IT & Toll Systems for the Mobility Authority 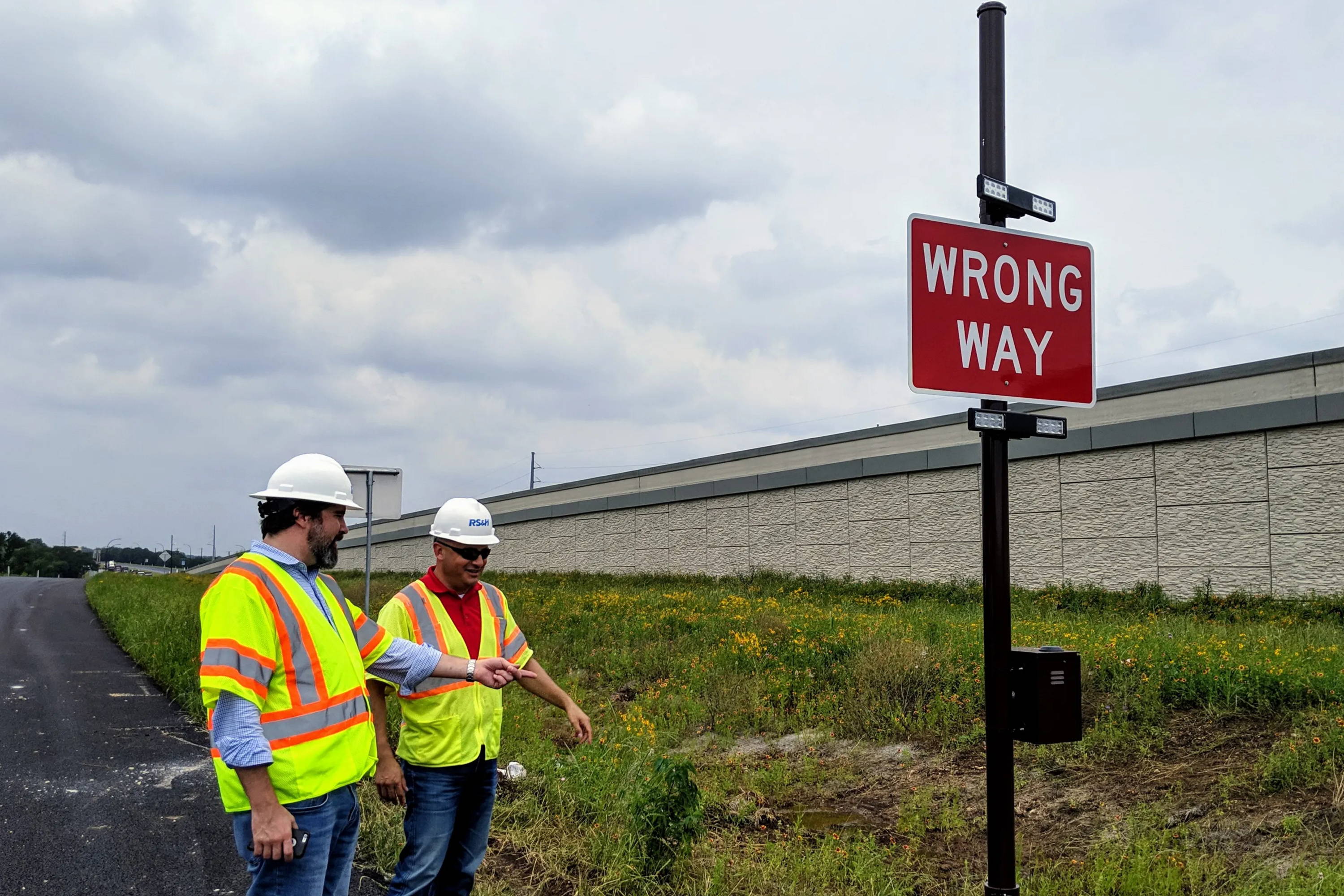 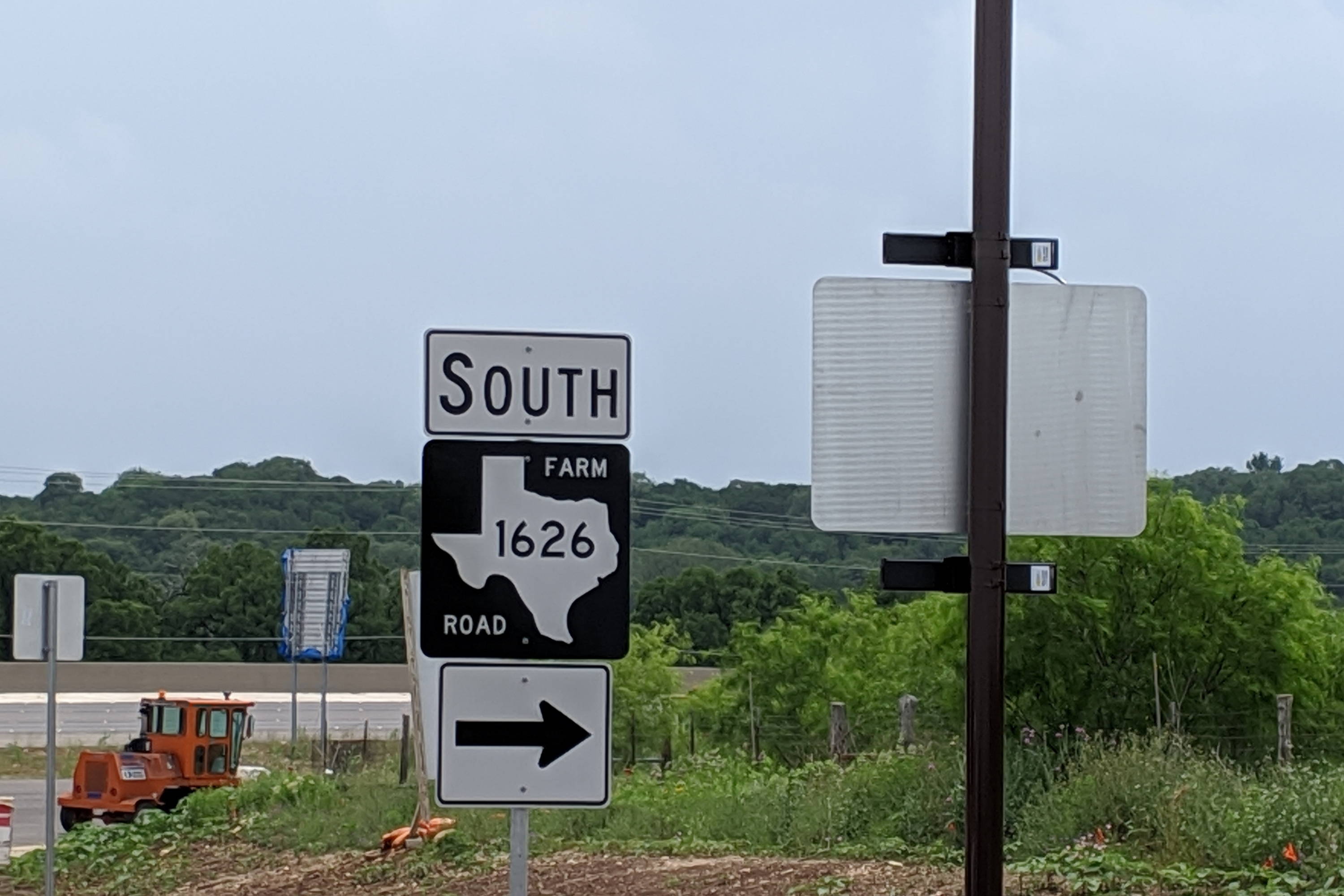 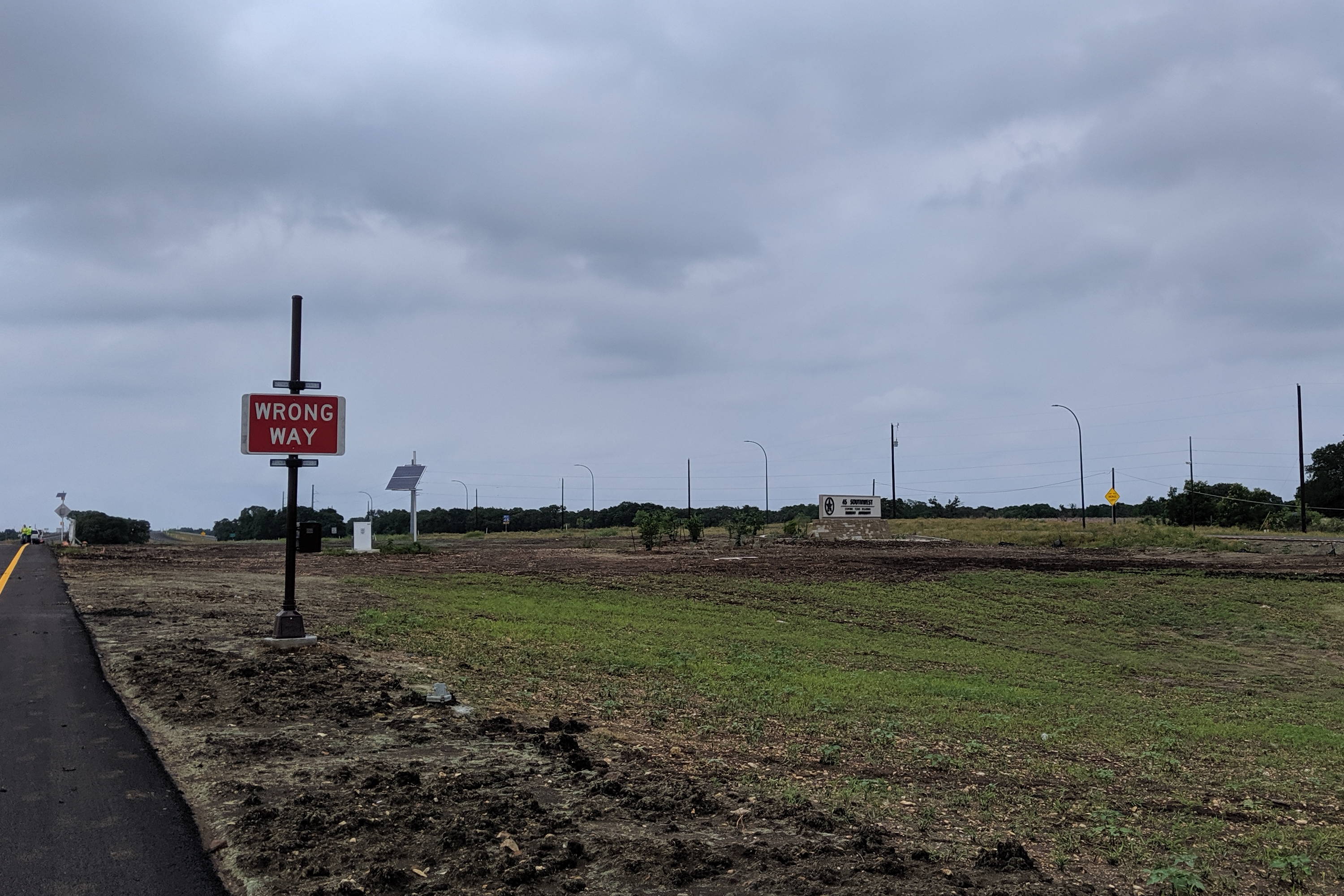 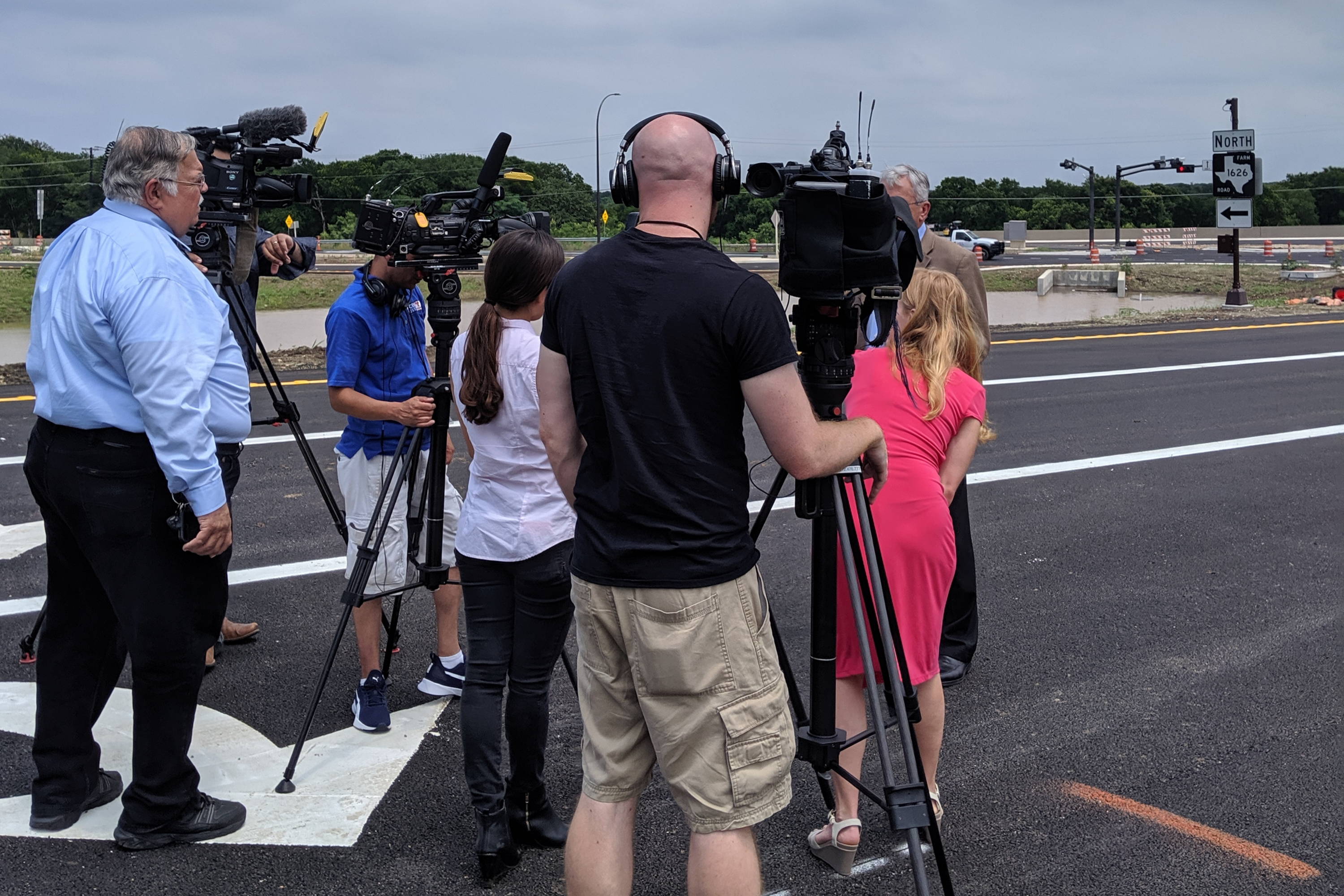 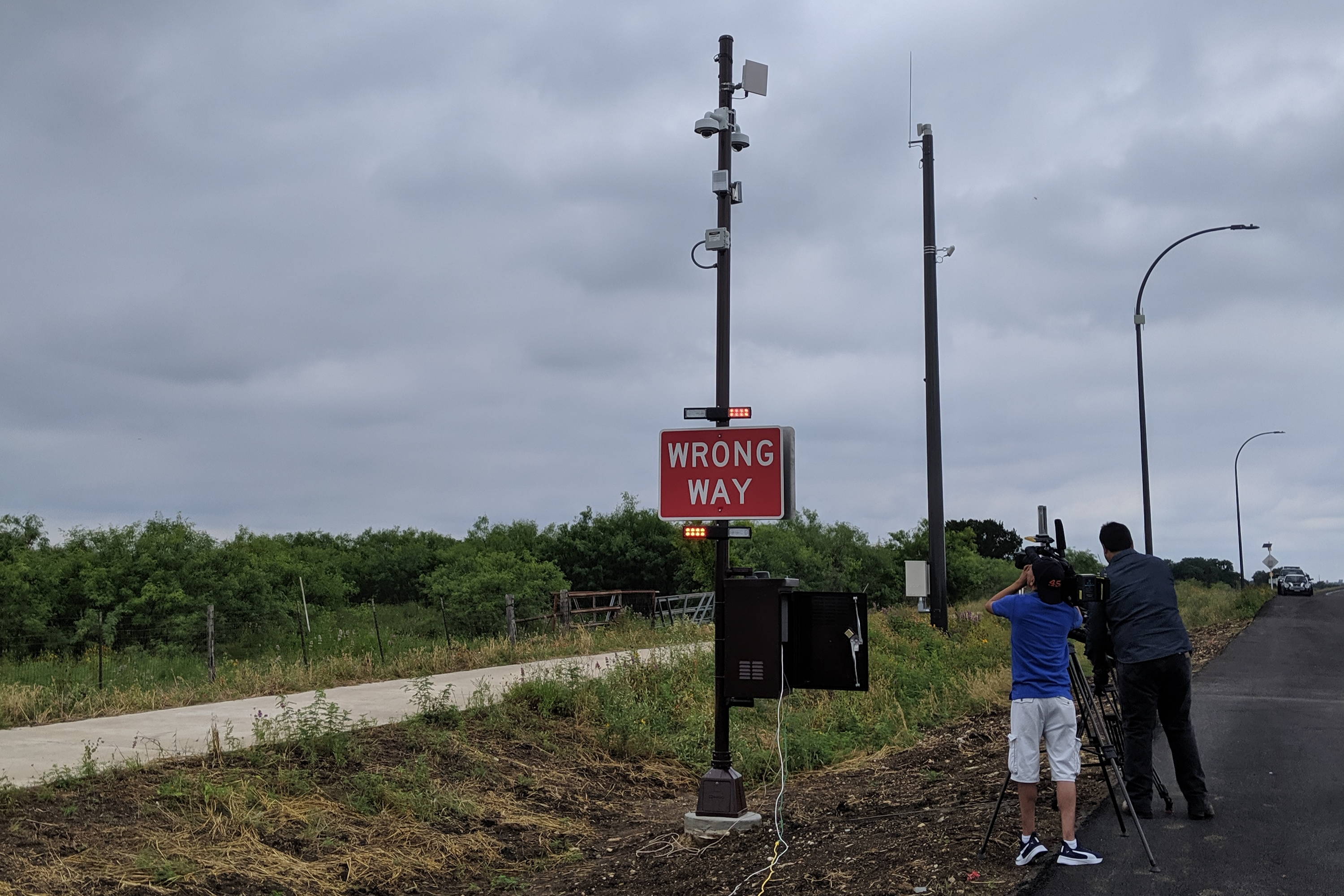 Since 2012, Departments of Transportation and traffic engineers have turned to TAPCO Wrong-Way Alert Systems to reduce wrong-way driving events.