Established in 1888, Auburn has a population of 322 and is located in western Iowa’s Sac County, about halfway between Des Moines and Sioux City.

As the only outdoor recreational space near the small town of Auburn, Iowa, Grant Park is a popular attraction. Widely known to be beautiful, the county park offers everything from boating and fishing to camping and hiking. Unsurprisingly, all routes to Grant Park are well-traveled.

Besides a narrow country road, the most common route to get there is the aptly named Grant Park Trail. The trail itself is safe, but accessing it was, until recently, quite the opposite. People were forced to cross State Highway 71 – which averages about 7,500 cars per day – at the top of a hill where visibility was limited.

Plus, there were no traffic signs or added lighting in the area, so drivers did not always notice vulnerable road users like pedestrians and bicyclists. Given that the trail is especially popular among children, many residents were concerned.

After all, over 6,000 pedestrians are killed by drivers each year in the United States, according to the National Highway Traffic Safety Administration (NHTSA), and multiple studies have demonstrated marked crosswalks often aren’t enough to make drivers yield.

“For so many years, there simply was no safe way to get down to Grant Park from there,” said Jane Barto, Auburn City Councilperson and Project Lead for the Grant Park Trail Project.

Clearly, something had to change. Jane reached out to engineers, conducted online research and conferred with trail experts to find a solution. She even contacted the Iowa Department of Transportation, who informed her about solutions used by cities like Des Moines and Sioux City. After talking with a community that leveraged TAPCO LED-enhanced safety solutions, Jane and her team solidified their decision. 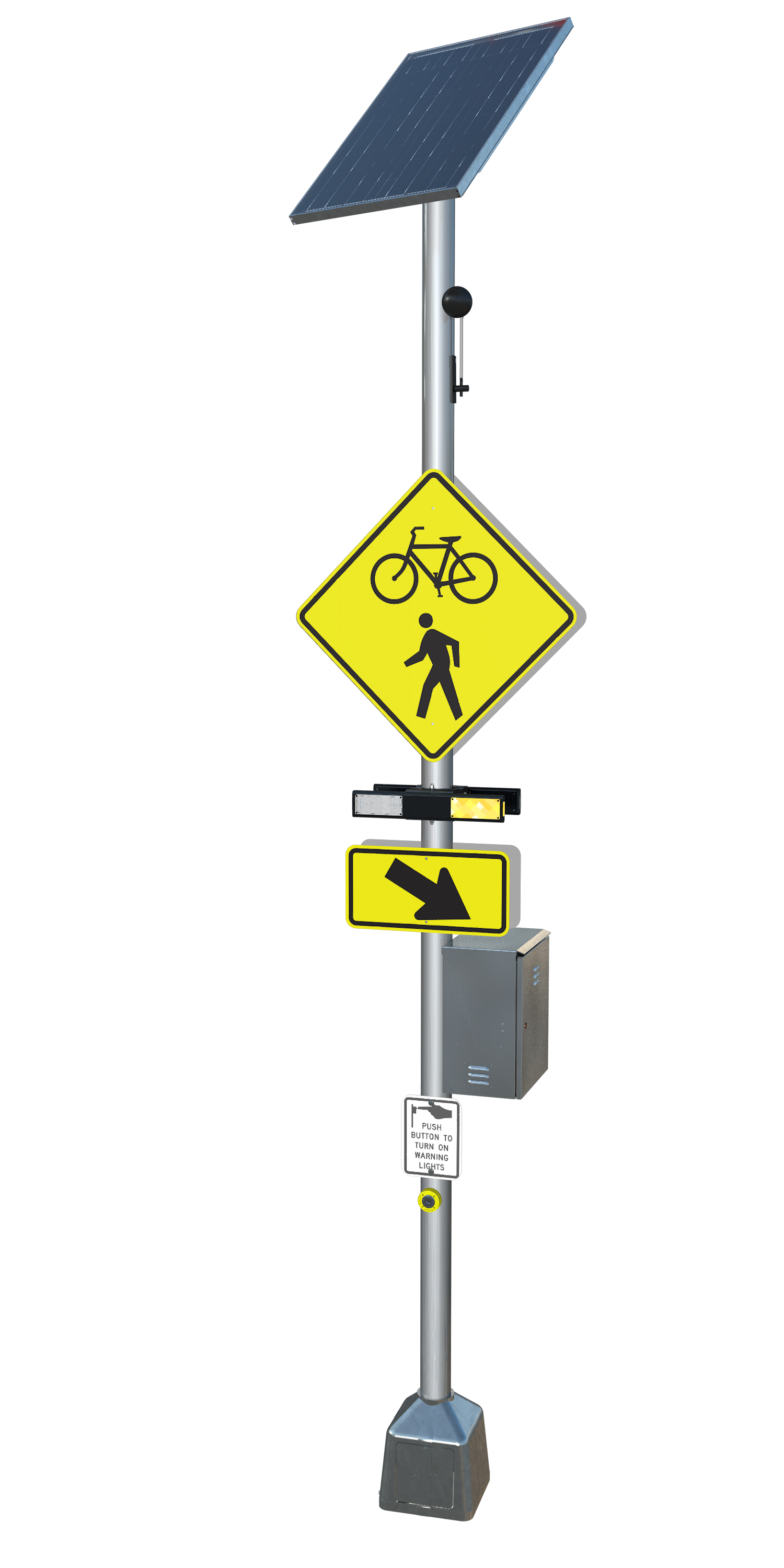 “Our commitment up front as project managers was that we would find the best safety crossing lights possible — and we did when we found TAPCO.”

Jane and her team selected the solar-powered TAPCO Rectangular Rapid-Flashing Beacon (RRFB) Pedestrian Crosswalk System with FLIR thermal detection technology. TAPCO RRFBs are extra-large light bars that flash in the Interim Approval 21-approved wig-wag plus simultaneous (WW+S) flash pattern when activated, making them highly visible around the clock. Solar power was the clear winner over AC power given the remoteness of the area.

“The [RRFBs] are our way of saying safety is our number one priority,” Jane said, “especially since we’re in an area where people aren’t always used to having the best. Now, we do.”

While TAPCO offers other LED-enhanced solutions as well, such as flashing signs called BlinkerSigns and flashing beacons called BlinkerBeacons, Jane and her team selected RRFBs because they are proven to achieve driver yield rates as high as 90 percent at uncontrolled pedestrian and bicyclist crossings. Another important consideration was the longevity and minimal maintenance offered by RRFBs.

With thermal activation, Jane and her team can also guarantee the RRFBs light up when pedestrians and bicyclists are present, rather than relying on people to always push a button to activate the system. For example, bicyclists may not want to get off their bikes to press the activation button, children may not notice it and adults pushing strollers and carrying picnic baskets may not bother with it. Essentially, while a push button that activates the RRFBs was also included in the system, it is paired with thermal activation to totally remove human error.

Thermal activation is made possible with innovative thermal imaging cameras and sensors from FLIR, a TAPCO partner and market leader. By utilizing thermal heat profiles of road users, the technology has next-level accuracy and precision unphased by total darkness, shadows and sun glare. Plus, the technology is versatile and easy to set up, with no digging or road shutdown required.

Crucially, thermal detection has the added bonus of being touchless, which prevents hundreds or thousands of pedestrians and bicyclists from touching the same surface each day, potentially spreading viruses and bacteria. 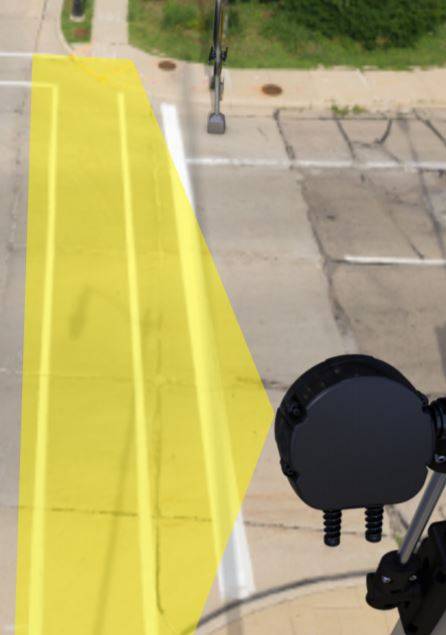 For installation, Jane and her team hired Dakota Lighting out of Lawton, Iowa. Shortly after, a TAPCO installation expert traveled to Auburn to finish the setup, which Jane said went off without a hitch. The RRFBs are now mounted on a pole below a highly visible pedestrian and bicyclist crossing sign.

What used to be an easy-to-miss crosswalk is now a robust crossing system for all vulnerable road users, and access to the most popular recreational space in the Auburn area is safe and unrestricted. Needless to say, the investment has had an immediate impact.

“When a small community without a lot of money gets something that nice, it makes a statement,” Jane explained. “It changes attitudes, and it certainly has here."

She adds that the community has responded with gratitude, with the system’s thermal activation going over particularly well. Day or night, it accurately detects pedestrians and bicyclists, activating the RRFBs right away to notify drivers they need to yield. That accuracy could mean the difference between a collision and a saved life.

“To have thermal detection is pretty darn nice,” Jane added. “We’ve even got the little kids going, ‘Yeah, we’ve got thermal detection!’ The bottom line is Auburn is very, very lucky to have that kind of technology to protect us.”

A one-of-kind crosswalk solution proven to improve driver yield rates by as much as 90% at uncontrolled pedestrian crossings.