The City of Athens-Clarke County knew it needed an overheight safety solution due to an increasing number of major strikes occurring at a low-clearance railroad trestle bridge, with one especially harmful collision causing a railroad derailment.

Located roughly 70 miles northeast of Atlanta, Athens-Clarke County is a consolidated city-county in the state of Georgia. It is home to roughly 127,000 residents, many of which are students at the local University of Georgia.

A railroad trestle bridge on a two-lane road had been the site of major overheight strikes for many years in Athens-Clarke County, Georgia. The city suspected the problem was amplified by heavy commercial traffic coming from a major freeway north of town, with significant student traffic from the University of Georgia adding to the mix. The presence of a concrete plant just beyond the trestle bridge meant dump trucks were constantly passing through as well.

The damage from overheight collisions can be costly, often reaching $200,000 to $300,000 or more, according to a Texas Department of Transportation Study. Constant repairs and collisions were taking their toll on the city, with loss of life becoming a serious concern as well.

“There’s been substantial damage to the trucks and vehicles that come under there,” remarked George Spearing, Athens-Clarke County Signal Systems Engineer. “They’re getting major strikes where they’re stuck under the bridge or ripping the top off their vehicle. I don’t recall that anyone was seriously injured but… somebody really hitting it hard and having a serious injury was not far out from happening.”

A dangerous train derailment caused by a collision at the trestle bridge pushed city officials to consider new solutions, realizing that their existing static signage about clearance heights was insufficient. In addition, the city needed a way to be alerted when bridge strikes did happen.

After all, had the city been notified of the overheight accident immediately when it happened, officials could have proactively warned the railroad company to stop the train from passing over the damaged bridge. This would reduce both risk of injury and use of resources.

Athens knew it needed an innovative solution that would provide this type of notification capability and reduce overheight collisions — and it couldn’t wait another moment. An average of eight strikes were reported yearly, with many more going unreported due to drivers leaving the scene. 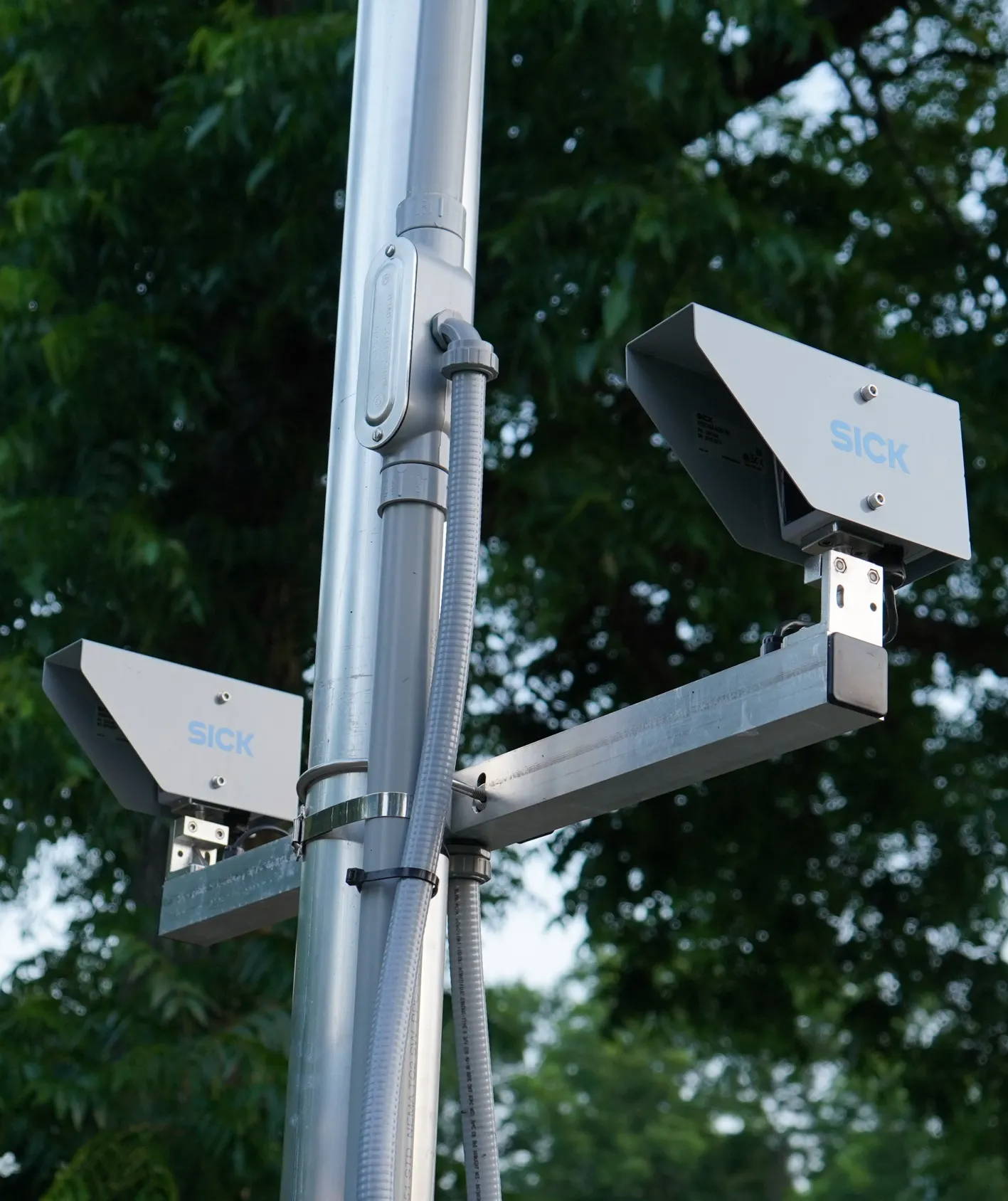 Athens-Clarke County officials turned to TAPCO when they began investigating overheight warning systems, prompted by their satisfaction with the TAPCO RRFB Pedestrian Crosswalk Systems they had already installed.

“We’ve got a lot of TAPCO RRFBs, so we’ve had a pretty good relationship with TAPCO for a number of years,” explained George. “It’s the customer service and the history that we’ve got with them that made us go with TAPCO.”

The system uses infrared sensors mounted in advance of low structures, which detect overheight vehicles at a user-configurable height and determine their direction of travel. Flashing alerts – either LED-enhanced signs called BlinkerSigns or LED beacons called BlinkerBeacons – are triggered when an overheight vehicle is detected, notifying them of the height restriction and directing them to an alternate route.

A subscription to TAPCO’s event management software, BlinkLink®, was also selected by Athens-Clarke County. With this software, Athens-Clarke County gained the ability to remotely program the system, generate high-priority alerts to pre-selected recipients, compile actionable data and get system diagnostics from any web-enabled device.

Most of the installation was done in-house by Athens-Clarke County, with a local crew constructing all the necessary foundations and bases before the wiring was installed. It was during installation that city workers saw the clear need for the system play out in front of them.

“We actually had two strikes happen in the same day while we were out there installing this system,” recalled Rodney Rogers, Athens-Clarke County Traffic Signal Supervisor. “We had a dump truck come through and have his top cover torn off, and then another box truck came under and he actually got stuck. He got completely wedged under there while we were there.”

It was a sobering reminder for city employees that the TAPCO Overheight Warning System they were installing was long overdue and couldn’t have come a moment too soon.

“It’s easy to install… it seems to be reliable. We’ve been happy with it.” 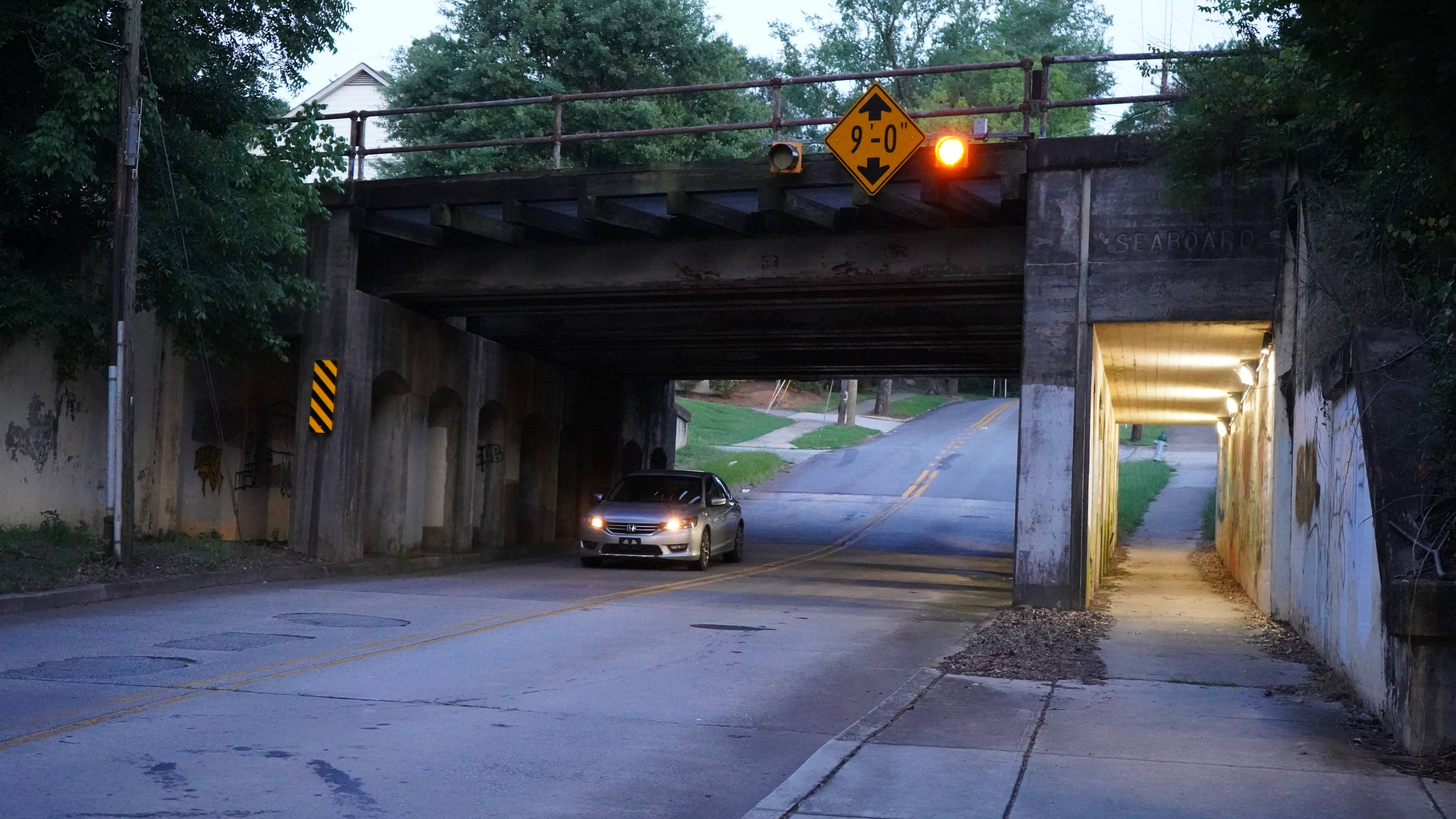 Since the installation of the TAPCO Overheight Warning System, Athens-Clarke County has not identified a single collision at the trestle bridge. The system continues to activate when it is triggered by an overheight vehicle, providing imagery and notifications to the city, as well as video of the event thanks to BlinkLink®.

“It’s pretty simple,” remarked George. “It’s easy to install…it seems to be reliable. We’ve been happy with it.”

This steep drop in major incidents is significant given the heavy traffic at the two-lane road due to the nearby concrete plant and university. The system continues to provide prompt alerts via flashing LEDs, checked often by Rodney.

“About once a week, I drive my truck on both sides and double check that it’s actually coming on… So far, every day it’s come on and done what it’s supposed to do,” he said.

The dramatic decrease in collisions means not only saved money and resources for Athens-Clarke County, but a lessened fear that a collision could one day take a life.

"Every day, [the system has] come on and done what it’s supposed to do.”