This article was posted by Steve Paulus on April 12, 2016

The slogan for the 2016 National Work Zone Awareness Week is "Don't Be THAT Driver."

Put simply, don't be that driver who isn't giving their complete and undivided attention when driving through work zones.

"Too many lives are lost each year simply because people are not slowing down or paying attention when they enter a work zone," said Lloyd Brown, Director of Communications for the American Association of State Highway and Transportation Officials.

That why we put together this eye-opening snapshot of work zone safety to promote Safe Travels™ through work zones. 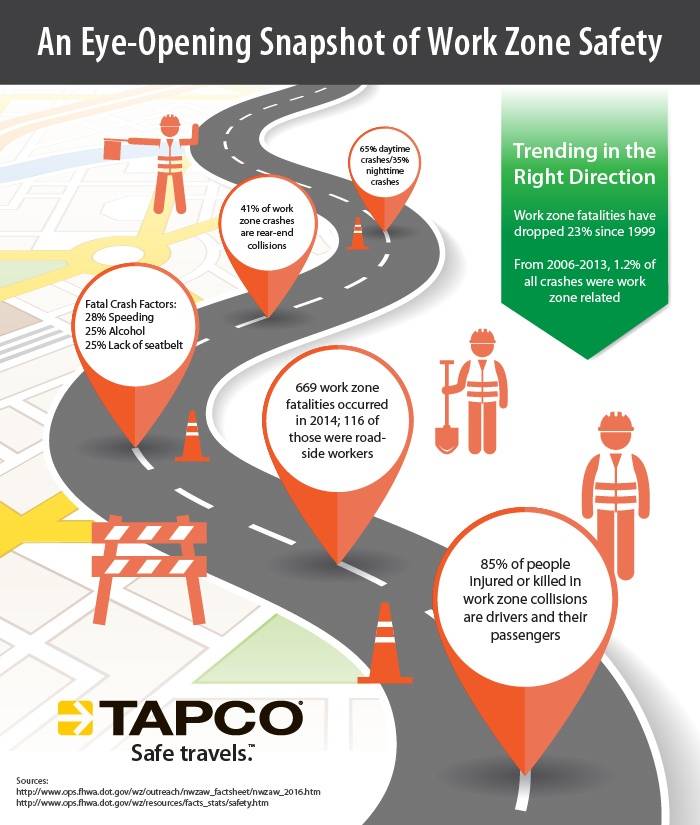