This article was posted by Robert Kurka on May 5, 2021

Every second counts when first responders are called to a scene, rushing in order to reach those in grave danger. Emergency vehicle drivers face the dilemma then of merging at high speeds from their stations onto busy two-to-four-lane roadways, with these stations also normally being in high traffic areas.

While their sirens and flashing lights can notify drivers that they are approaching when they are already en route, it is easy for vehicles to be caught off guard by the sudden presence of emergency vehicles that are first pulling out of their stations. Exiting and entering these stations can pose a serious safety concern for first responders and the unsuspecting drivers they share the road with.

This safety concern can be remedied with the installation of Emergency Vehicle Warning Systems, which use remotely activated flashing signs to notify vehicles on the roadway that an emergency vehicle will be leaving or returning at a potentially high speed. 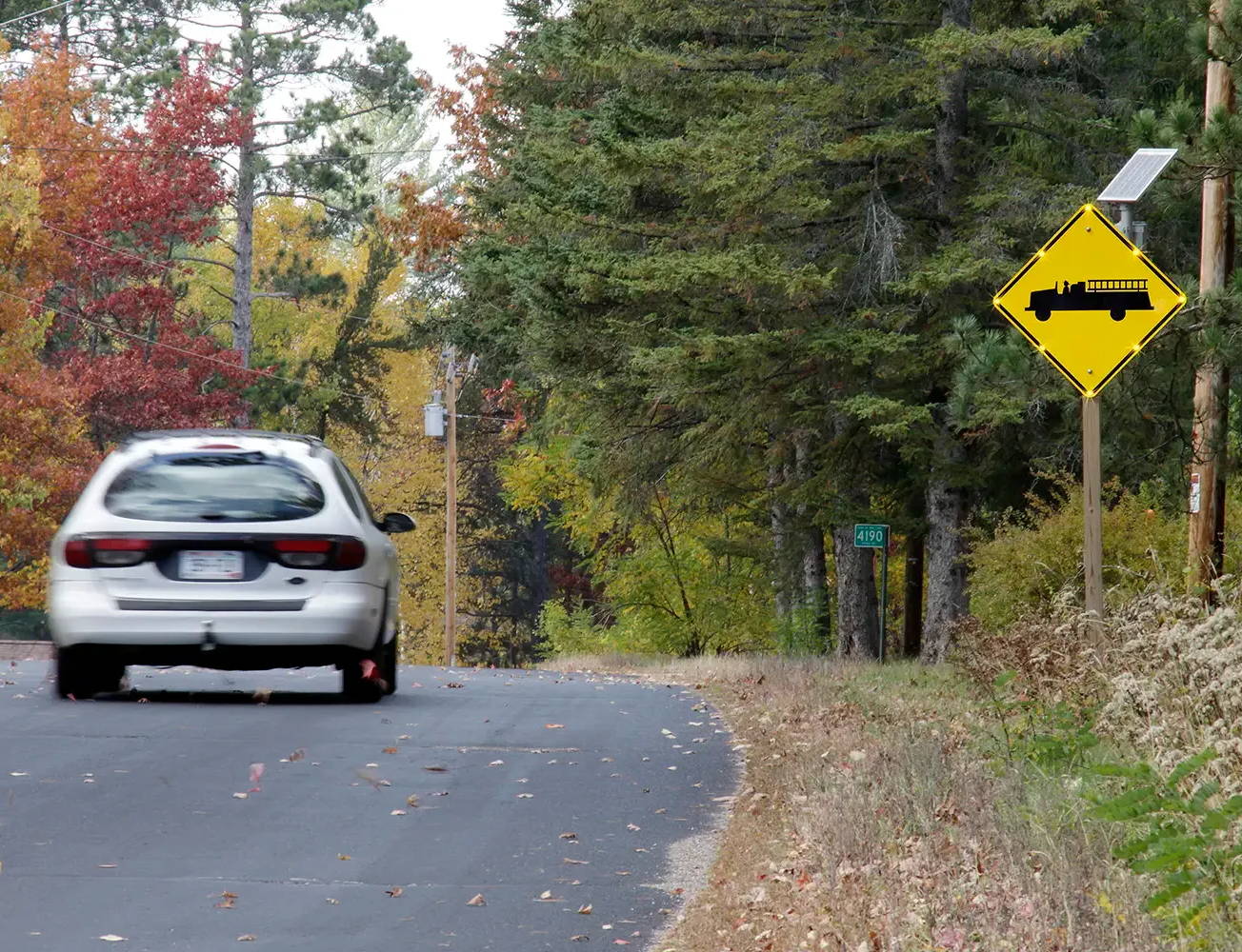 How does the system work?

Emergency Vehicle Warning Systems are comprised of LED-enhanced warning signs, which are remotely activated when emergency vehicles leave or enter the roadway from their station. These signs are placed several yards from the station, depending on where on the road the stations are located, in order to give drivers an adequate response time. With their attention caught by the bright, flashing sign, drivers can slow their speed or move out of the way of the emergency vehicles. 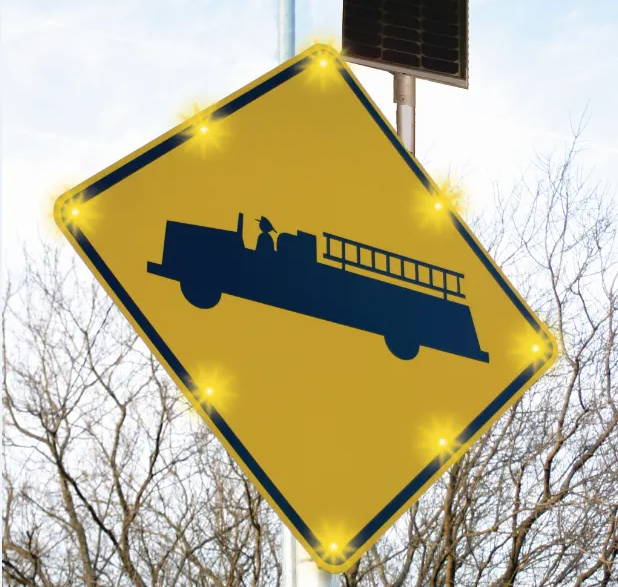 TAPCO’s Emergency Vehicle Warning Systems are specifically made up of either BlinkerSign® Flashing LED Signs or BlinkerBeacon™ Flashing LED Beacons. These are activated by a BlinkerBeam® transmitter radio sending signals to BlinkerBeam® receiver radios after being triggered by one of several remote activation options.

How do I know if I need the system?

These systems are ideal for stations with visual challenges, such as bends or hidden driveways, as well as locations that are near major roadways, have high traffic volumes or speed limits nearing 35 to 45 miles per hour.

While emergency vehicle warning systems are most often located outside of fire stations, any building where emergency vehicles frequently enter or exit would benefit from the improved response time provided by the system.

What are the benefits of the system?

Emergency vehicles, such as firetrucks and ambulances, not only move at incredibly fast speeds but are large as well, meaning a collision is especially dangerous. First responders unfortunately are at great risk as they maneuver down roadways, counting on the timely and appropriate responses of drivers already on the road.

Drivers may also only be used to hearing a distant siren approach on the roadway, rather than being faced with these emergency vehicles suddenly pulling into traffic from their stations. The LED-enhanced signs of the emergency vehicle warning system down the road from the station give drivers a greater response time, therefore improving the safety of both the drivers and first responders. 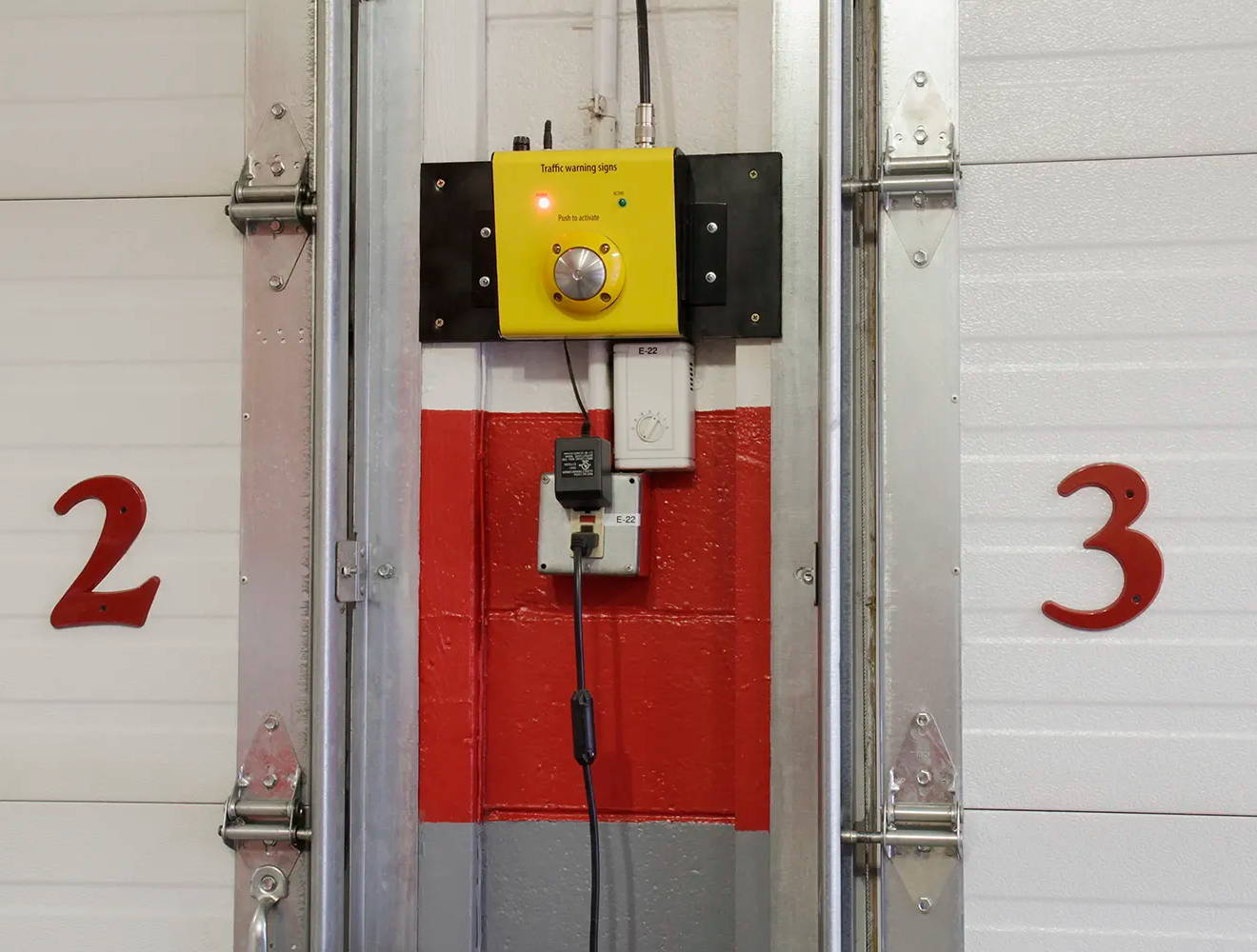 What are the activation options?

Many fire stations opt for the simplicity of the wall-mounted push button. A first responder can simply push the button as emergency vehicles leave or return to the station, causing the LED-enhanced signs of the system to flash.

The convenient Strobeswitch™ activation method makes use of the optical emitters already normally found on most emergency vehicles, meaning that the system is activated as the vehicle passes through the sensors while entering or leaving the station. First responders do not have to remember to activate the system then and can put their attention elsewhere while trusting the Strobeswitch™ to trigger the flashing signs.

Handheld transmitters are located inside the emergency vehicles, providing the convenient option of triggering the system from any location.

How much will it cost?

The costs of these systems vary depending on the location of the installation, the amount and type of LED-enhanced signs selected and activation options.

The best place to start is to request a quote from an expert at TAPCO who can direct you to the proper options for your unique situation. 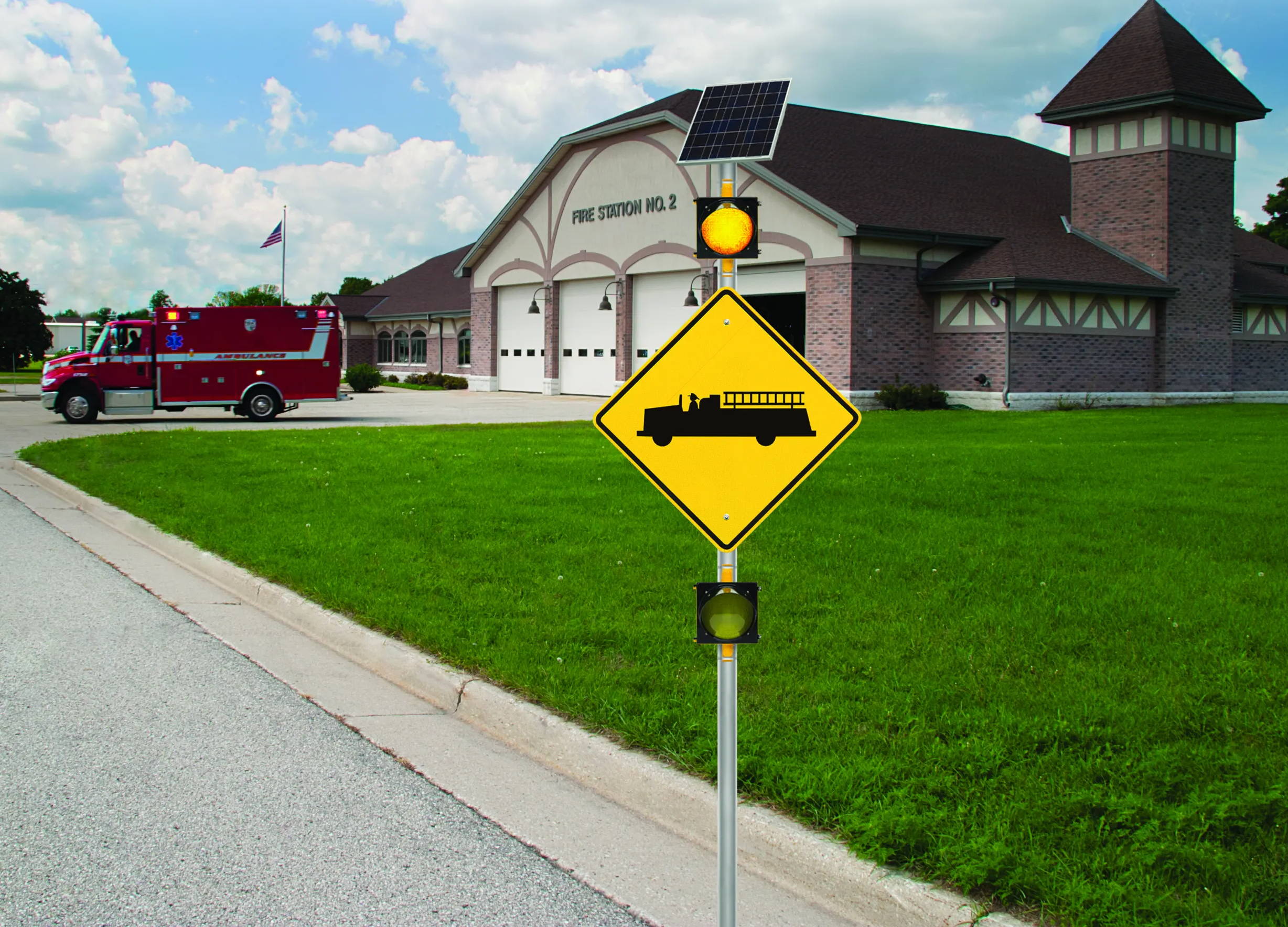 The investment into an emergency vehicle warning system provides not only improved safety but peace of mind for first responders and vehicles that frequently travel the roadways near their stations. With the concern for their safety as they enter and exit the roadway lessened, first responders can turn their attention back to saving lives.