This article was posted by Brian Scharles, Sr. on December 8, 2021

Roadway transportation certainly looks different compared to a year ago, and the increased infrastructure funding is only going to fuel more technological development and innovation. By staying on top of these changes, you’ll be well-equipped to maximize safety with the latest and greatest solutions.

While the future of the industry remains dynamic, I’ve identified six significant trends set to transform it in 2022.

There were over 1.3 million electric vehicles (EVs) on American roadways at the end of 2020. That number climbed higher in 2021 and is expected to continue its ascent. In fact, EVs will make up roughly 25 to 30 percent of all new vehicles in 2030 and 45 to 50 percent by 2035, according to IHS Markit.

Better for the environment and increasingly varied, electric vehicles are no longer just for wealthier, more technologically minded consumers. As the secondary EV market starts to expand more in 2022, more drivers will find these vehicles accessible and enticing.

According to the World Resources Institute, “The used market shows great potential to knock down steep purchasing prices for EVs, which still tend to run higher than their conventional drivetrain counterparts, at least upfront. While future EVs in the used market may not provide the staggering depreciation they do now, they will still present a cheaper option than buying new.”

There Will Be a Greater Emphasis on Software

Investing in Intelligent Warning Systems, such as Wrong-Way Alert Systems and Pedestrian Crosswalk Systems, can help reduce collisions and protect road users. I’ve worked with more and more transportation professionals looking to get the most out of those investments by actively managing and monitoring them with software, which enables them to: 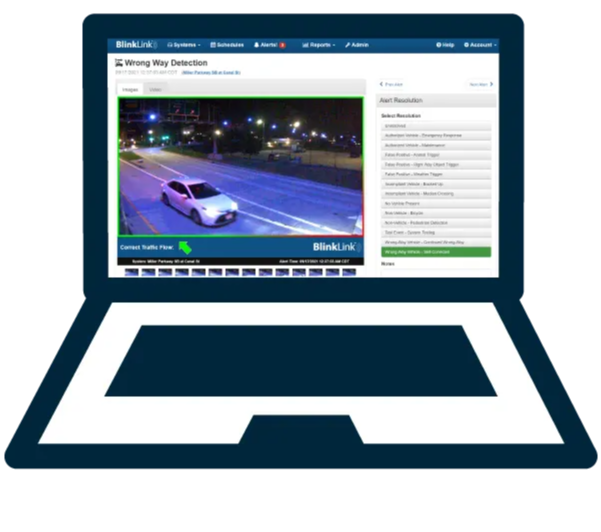 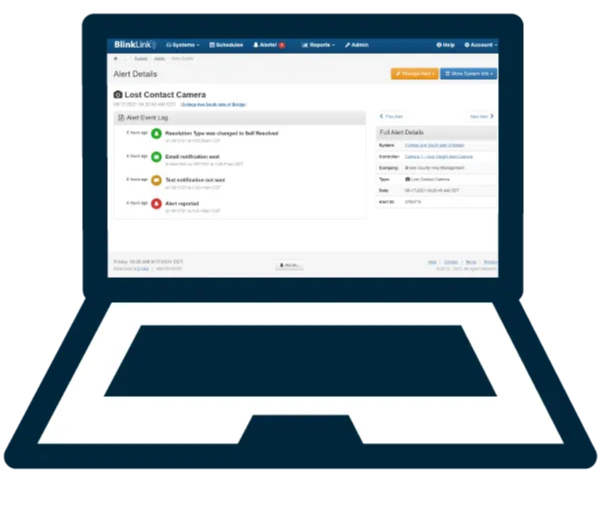 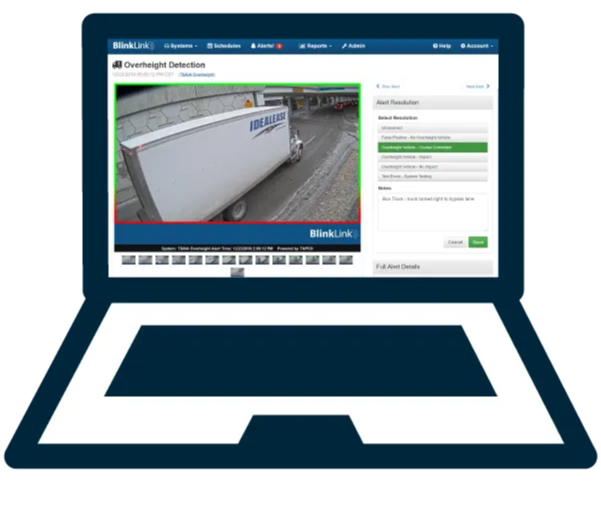 Connected vehicles have been a hot topic in the industry for years, and despite the FCC rule change, there still continues to be a surge in pilot programs and installations in places like Austin, Columbus, New York City, Tampa and Wyoming demonstrate growing interest in actual deployments and usage.

It’s not surprising given that the USDOT website states, “1,083 lives... That is the approximate number of lives that could be saved by deploying just two of the many connected vehicle safety applications being developed by the USDOT.”

When it comes to preparing infrastructure to integrate with CVs, there is a lot of work to be done, but the benefits are numerous. Connected cars are a treasure trove of real-time data for city planners, traffic engineers, public works directors and other individuals tasked with increasing roadway safety.

For example, emergency personnel can be dispatched to the scene of an accident without anyone having to call and report it. A pothole can be detected, and a repair scheduled, within seconds of a driver rolling over it. Parking availability information can be beamed inside CVs, reducing the incidence of slow, space-seeking drivers who clog city streets. Drivers can be warned of pedestrians in crosswalks up ahead long before they’re visible.

As more communities get onboard and build the needed infrastructure, more CVs will appear on roadways — and vice versa.

“1,083 lives... That is the approximate number of lives that could be saved by deploying just two of the many connected vehicle safety applications being developed by the USDOT.”

About 50 percent of traffic deaths occur at night, despite just 25 percent of driving occurring then, according to the National Safety Council (NSC). One reason for this is an inability to clearly see traffic control devices, including traffic signs, in low light conditions.

Signs with flashing LEDs embedded into the perimeter have been around for years and remain quite popular across the United States, Canada and many other countries. For example, two out of three traffic engineers expect their cities to increase the number of LED-enhanced pedestrian crosswalk systems at mid-block crosswalks in the near future.

Some locations, however, call for a different kind of sign illumination. After hearing from dozens of traffic engineers that low traffic sign visibility at night was a persistent problem, TAPCO developed the LegendViz™ Traffic Sign. With an LED-illuminated, non-flashing legend, this sign has been shown to improve sign legibility distance by up to 267 percent compared to standard traffic signs, according to a closed-course driver trial and statistical analysis conducted by the Texas A&M Transportation Institute (TTI).

With such sign visibility innovations hitting the market in 2021 and more expected in the future, communities have more options than ever when addressing sign blow-throughs and an overall lack of sign compliance, especially at night.

More Collaboration Across Agencies and States

Many communities, counties and states face very similar roadway safety issues, such as speeding on rural roads and vehicle-pedestrian collisions at night. Collaborating with other agencies by sharing data, best practices and lessons learned has long been a valued but underutilized method for identifying ways to improve safety.

To kickstart greater collaboration, the Federal Highway Administration (FHWA) has started a program called the Mentoring, Assistance, Training, and Communication Help Program, more commonly referred to as MATCH. The program pairs people or agencies facing transportation issues on the local or tribal level, referred to as Mentees, with volunteers who can offer knowledge and guidance on the topic, referred to as Mentors.

This type of deliberate, cross-agency collaboration – the power of which I’ve seen firsthand in my decades in the industry – is expected to increase in 2022 as technological innovations continue to speed up. In the absence of prior experience with newer technology, agencies must leverage all available sources of information, and a firsthand testimonial from an agency who has already tried out that technology is priceless.

Competing Priorities Will Cause More Agencies to Outsource ITS Service

This isn’t surprising considering outsourcing comes with a lot of benefits. With a preventative maintenance service agreement, you don’t have to hire and train technicians yourself or worry about having the right person available to perform maintenance. You can also scale your maintenance work up or down easier, extend your equipment’s lifecycle due to better proactive care, get annual system recertification and more.

I would be surprised, given the limited budgets for public agencies to hire resources, if this outsourcing trend didn’t continue for the next few years. After all, when communities can get proactive, hassle-free maintenance on their ITS, they can focus on other priorities — which there never seems to be a shortage of.

As the transportation industry continues to evolve rapidly, staying on top of trends and innovations remains crucial. Consider whether your agency or organization is truly prepared for what 2022 is likely to bring.

Stay on top of industry trends by subscribing to this blog > 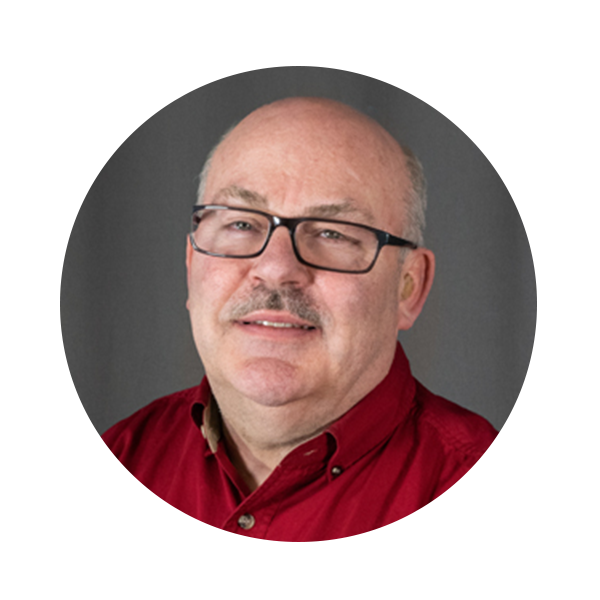 TAPCO | Director of ITS Engineering & Service

An industry veteran, Brian holds three transportation technology patents and has managed ITS and signal system designs, installation and maintenance for 25 years. He has experience integrating communication systems for the Wisconsin Department of Transportation fiber optic system starting in 1990 that are still in operation today.

Brian is a member of multiple industry organizations, including the Institute of Transportation Engineers (ITE), Intelligent Transportation Systems (ITS) WI and International Municipal Signal Association (IMSA), and has won many awards.